ASISTIM is pleased to have Air Greenland back for the Initial Flight Dispatch Training from September 26th until October 21st.

Since 2013 Air Greenland has conducted numerous Recurrent and Initial Flight Dispatch Training with ASISTIM, and we value the confidence they have entrusted in us.

Greenland Airlines was established in 1960 and is Greenland's national airline. Being in the industry for more than 60 years, they have a wide variety of helicopters and fixed-wing aircraft.
Air Greenland's route network consists of around 70 connections between 14 airports and 42 heliports and helistops.
The main three extensive route networks are: the helicopter network, the fixed network, and the international network.

If you would like to learn more about the course or inquire about open spaces
Please email us at info@asistim.com
Or call us at +49 511 450 318 0 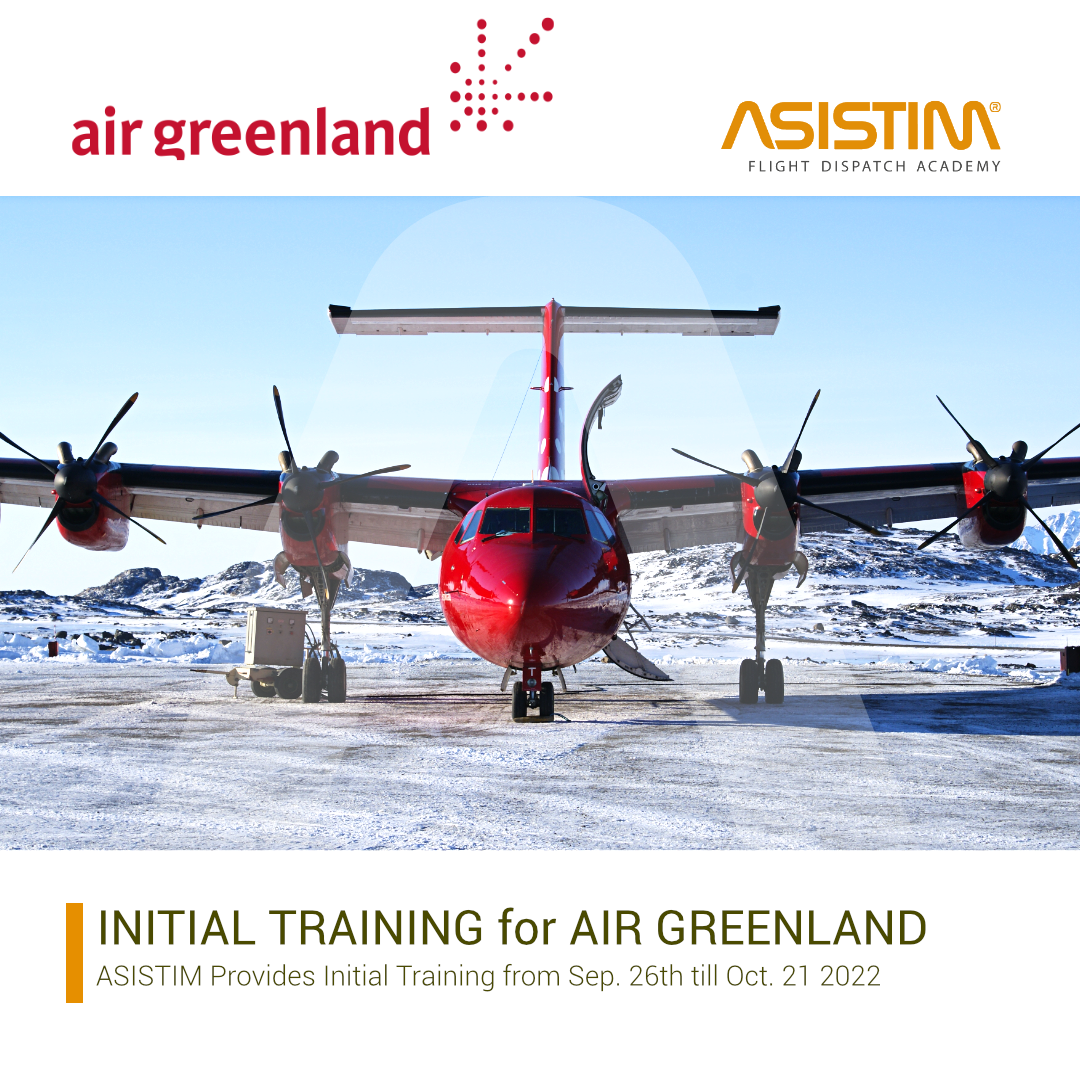